Home » Anxiety Disorder: The terror of the invisible barrier

Anxiety Disorder: The terror of the invisible barrier 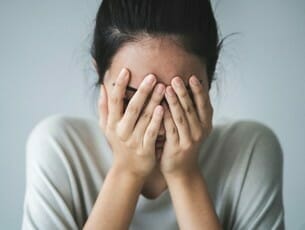 Our “fight or flight” response, characterized by a rush of adrenaline and fear, shortness of breath, rapid heartbeat and sweat, alerts us to incoming danger. The remarkable reflex is crucial to survival, but what if the danger resides only in one’s mind? Anxiety disorder is a frequent and extreme reaction that interferes with the ability to lead a normal life. The mental illness is paralyzing as it manifest in a state of excessive fear towards objects and situations beyond ones control.

Anxiety disorders are the most common and prevalent mental health problem in modern society due to its multiplicity, dimension and range. Anxiety expresses itself in childhood phobias and panic attacks as well as severe mental illnesses such as obsessive-compulsive disorder (OCD) and post-traumatic stress disorder (PTSD). Agoraphobia and acute social anxiety disorder r involving the intense fear of embarrassment and negative judgement often has the biggest impact on children and young adults, affecting school and work performance, relationships and personal growth.

Perhaps the most punishing element of anxiety disorders is its aggressive evolution and intersectional dynamism. Anxiety is often tightly interwoven with numerous mental illnesses and physical disabilities such as anorexia, amputation, and depression and targets marginalized groups such as women, people of colour and members of the LGBTQ+ community – it is never one dimensional but incredibly deep-seated. In fact, struggles with anxiety disorders are typically lifelong, permanently affecting how one perceives and engages with the world. Suffers of anxiety disorders often succumb to substance abuse and self-harm to cope with the distressing symptoms and overwhelming social stigma. It is truly a slippery slope.

Yet, even on the precipice of an anxiety attack, compassion and understanding is rare. Nicknamed the “first world problem”, anxiety disorders are socially recognized as non-disorders. Instead, anxiety disorders are commonly perceived as a desperate cry for attention, a character flaw and an example of poor upbringing. The complex mental illness is widely stigmatized as a weakness, and many suffers are consequently alienated and rejected from society due to their “irrational” behaviour.

As the Canadian Mental Health Association reports: “Of all persons with disabilities, those with a serious mental illness face the highest degree of stigmatization in the workplace, and the greatest barriers to employment.” Employers are unimpressed by gaps in work history, limited employment experience, lack of confidence and inflexibility in those suffering anxiety disorders. Despite the fact that productive work and regular social interaction is identified as a leading component in promoting positive mental health, the “unemployment rate of persons with serious mental illnesses…has been commonly reported to range from 70-90%”. Denied access to a fundamental element of citizenship, people with anxiety disorders are deprived of a steady and fulfilling life as a members of the community.

Truly, mainstream integration is an uphill battle. Should one find employment outside of a training program or a sheltered workshop, accommodations are nearly non-existing. Space and accessibility standards, as regulated by the Canadians with Disability Act, are meaningless for abled bodied individuals with anxiety disorders. Rather than well-defined building codes, those suffering anxiety disorders require flexibility in scheduling, changes in supervision (feedback process, weekly meetings), modified tasks and a reassuring work space. If an employer was to provide such resources, their effort will be met with a productive, independent and reliable long-term employees. Unfortunately, with the current competitive job market, such accommodating employers are few and far between.

While it is increasingly difficult for experienced professionals and new graduates to find employment, for those with anxiety disorders, the outlook is truly daunting. As anxiety disorders are non-visible disabilities, social scrutiny and stigma is rigid and ruthless. Lack of employment does not garner moral support and understanding, but rather distain and hostility. People with anxiety disorders are perceived as lazy and full of excuses – after all, they are physically healthy and intelligent. Often, they are questioned on their motive and intention, as if severe panic attacks are purposefully scheduled at the most inconvenient times to affect the most amount of people. Unlike other disabilities where the stigma of the “imaginary” mental illness is popular, those with anxiety disorder have to work to shed the notion of “narcissism” and “self-induced”. With such a dismissive and contemptuous perceptions of anxiety disorders, it is no wonder that they are among the most common of all mental illnesses.

Yet, they are not the most commonly treated. Although those with anxiety disorders are aware of their condition, they choose not to seek help not only due to fear of social stigma, but financial limitation. Without steady employment and income, the much needed cognitive behaviour therapy is unaffordable at a standard of $100+ per hour. Even if one tries to self-manage the mental illness without therapeutic sessions, pharmacological treatments are unreliable and even harmful. Anxiety Disorders Association of Canada reports that “antidepressants which are designed to reduce the symptoms associated with anxiety” have damaging side effects and that many now “believe that you will need them for up to two years in order to repair some of the effects of the anxiety disorder… Some people may need to be on them for life.” That’s not to mention the risk of addiction with prescribed medications.

Clearly, anxiety disorders are not a faulty “fight or flight” response. It is an overwhelming mental illness and severe social impediment that should to be addressed as such. Serious consideration and action should be taken to ensure those with anxiety disorders are integrate into mainstream society. Available resources that encourage understanding and acceptance while providing financial relief is the first place to start. When one does not – choosing instead to keep their anxiety disorder hidden and deep in the recesses of one’s mind – that is where the real danger lies.

At Disability Credit Canada, we pride ourselves on helping disabled Canadian’s apply for Disability Tax Credit. Give us a call today to get a free assessment.