People diagnosed with autism are dealing with high unemployment rates. 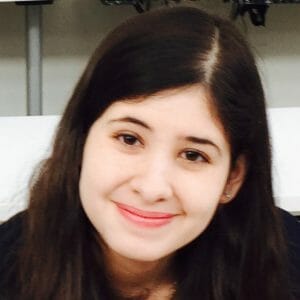 People suffering from autism are finding it more and more difficult to find jobs after finishing their education. Despite applying to hundreds of job adverts, it it not only difficult to get calls but also difficult to pass the interview process. Sometimes, just sharing the fact that one is diagnosed with autism can reduce the chances of getting employment despite being qualified for the job. A recent article in the Washington Post by Abigail Abrams, shines light on how difficult is it for people with autism to get jobs and how some programs by big corporate can help deal with this issue. Take a read of this excerpt from the article which looks at the issues faced by Gloria Mendoza, who despite having a college degree finds it hard to get a full time job.

Gloria Mendoza is a typical 24-year-old. She has a college degree in computer science and music, she enjoys going to baseball games and movie nights, and she wants to find a fulfilling career. But after finishing school in 2014, Mendoza spent more than a year applying for jobs, with little success.

She lived with her parents and worked in temporary positions while sending out résumés, but she rarely heard back. When she did, Mendoza said, her autism made it difficult to make it past an interview. Like many people with autism, she might answer questions slowly, share a blunt observation that other applicants would temper, or miss social cues. Traditional job-interview questions such as asking for strengths and weaknesses left her feeling overwhelmed.

Moving people with autism into the workforce

Big corporation such as SAP have created programs to help get people with autism on to their workforce. One such program is SAP’s Autism at Work where lessons are taught on technical skills as well as social skills. These types of programs are helping people with autism get onto the workforce and also get the social skills needed in order to succeed. However, the unfortunate thing is that it only helping a small percentage of people suffering from autism. The main issue is the lack of support offered after someone passes through the education system. There is a set expectation that if you are able to pass the education system, you should be good enough to go out and get a job. However, it’s not always as easy as it seems for people suffering from autism. Take a read at this excerpt from the article to understand the issue further.

“When people hit 21, they call it a cliff. The services really do fall off, particularly for individuals who have gone to college, because I think the expectation is that, ‘Well you’ve made it through college, getting a job should be the easy part,’ ” said Marcia Scheiner, who runs a program based in New York to help adults with Asperger’s syndrome — a mild kind of autism — find competitive jobs.

The 2014 report found that two-thirds of young people with autism did not move on to employment or other education in the first two years after leaving high school, and for more than a third, this continued into their 20s. Young adults with autism were also more likely to be unemployed than their peers with other disabilities. Employment data is scarce for autistic individuals, but researchers have estimated that between 70 and 90 percent of autistic people are unemployed or underemployed nationally.

As you can see, people diagnosed with autism, after they pass through the education system, the amount of support offered is drastically reduced. This leads to people not being able to find a steady job despite being educated and qualified.

According to a recent research, autism costs United States as much as $367 billion in productivity and medical expenses. The best way to reduce this cost is to help move people with autism from the education system into the workforce. Programs from SAP is definitely a step in the right direction. However, this needs to be done on a larger scale. There is a lot of talent and dedication out there in people diagnosed with autism, it is now up to the companies to realize this and give them a chance to show them their talents. This will eventually lead to a change in perspective in our society and educated and qualified people diagnosed with autism will not have to deal with unemployment.

Here at Disability Credit Canada, we pride ourselves on helping Canadians apply for DTC. Do give us a call to get a free assessment.