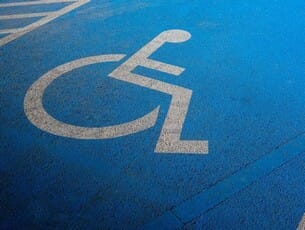 Canada likes to think of itself as being on the forefront of social issues. It was the country that pioneered multiculturalism as a policy in the 1970s, the late Lester B. Pearson was a formidable figure in the develop of the U.N., and Canada passed a same-sex marriage law with the enactment of the Civil Marriage Act on 20 July 2005. This made Canada only the fourth country in the world to pass such legislation.  But, what about national legislation to promote and protect the rights of people with disabilities? National advocates such as attorney, David Lepofsky have been promoting such legislation for many years now.

A recent article in The Toronto Star article expressed the following about the national consultations:

“Qualtrough expects public consultations, the country’s first national conversation about accessibility, will provide valuable input for Ottawa’s legislation and other federal programs such as the Canada Pension Plan Disability Benefit, the Disability Tax Credit and the Registered Disability Savings Plan. “

Accessibility, inclusion, and equality are contingent upon the conscience creation of a society which aims to be fully aware of its obligation to all citizens irrespective of abilities, gender, race, cultural background, or spiritual devotion. The social construct of disability provides the foundation for a discourse on the necessity to design a world which is inclusive of everyone. It does not ignore the presence of physical, emotional, neurological or other differences, but rather reframes them in such a way as to re-educate people on how to envision a world without barriers.

The question we, as Canadians may want to ask ourselves is: “will the enactment of national legislation such as a Canadians with Disabilities Act help to create this fully inclusive society?” A national act is only the precursor to change. The law must be drafted in such a way so as to be the foundation for social change. The Council of Canadians with Disabilities is one of many organizations advocating for such a law. In response to this need, P.M. Justin Trudeau has appointed one of his Cabinet Ministers, the Honourable Carla Qualtrough, Minister of Sport and Persons with Disabilities to head a series of consultations across Canada as a key stepping stone in the development of this much-needed legislation.

Attorney, David Lepofsky ( @davidlepofsky) has prepared several key materials on this subject matter; a 33-page discussion paper entitled; What Should the Canadians with Disabilities Act Include? A Discussion Paper, a nine-page paper and a two-page consumer-oriented brochure on the same topic. In the nine-page brief he wrote:

“Canada’s Charter of Rights and human rights legislation across the country impose impressive requirements to ensure accessibility for people with disabilities. Yet far too frequently, these exist on paper, not in the lives of people with disabilities. Canada’s courts have reached important decisions on disability accessibility. Yet they far too often go unimplemented… A strong, effectively enforced Canadians with Disabilities Act (CDA) is needed to ensure that Canada becomes fully accessible to people with disabilities, insofar as the Federal Government can achieve this. In the 2014 election, Prime Minister Justin Trudeau commendably promised to enact the CDA, as did the New Democratic and Green Parties… Courts broadly interpret disability equality rights, including accessibility rights, in Charter s. and human rights legislation. Exceptions to them are interpreted narrowly. Despite this, far too often, organizations don’t honour these rights. The CDA is needed to make those rights become a reality for people with disabilities, without their having to privately wage separate legal battles against each of the many accessibility barriers they face.”

As someone who has worked on disability-rights issues over the years, I have encountered and experienced the frustrations of people with disabilities on a multiplicity of issues. A barrier-free and inclusive world isn’t about encouraging people to be nicer or more generous. People with disabilities have no interest in charity or good will; we are, however, interested in the development of a society which promoted and supported from the very highest level to build a country which is inclusive in every aspect. While there are many good intentions here in Canada, our country lags far behind countries such as the U.S. and the U.K., (known respectively as the Americans with Disabilities Act and the Equality Act) both of which enacted federal legislation years ago. Accessibility of all goods, services, facilities and accommodations. We must enact the highest standards possible and create a broad definition of disability.

One of the recommendations in Attorney David Lepofsky’s ( @davidlepofsky) discussion paper is the creation of an independent Canada Accessibility Commissioner who regularly reports to Parliament. Another recommendation is that the Canadian Human Rights Commission be directly involved in the development of national standards related to the proposed Canadians with Disability Act. This author agrees with both of these recommendations. It is time Canada stood up for the principles the country claims to believe in. People with disabilities must continue to advocate for such legislation until it is enacted. The development process must also see people with disabilities as equal partners in the creation of this key legislation.

Another issue addressed in Lepofsky’s discussion papers is that of enforcement:

A national act is about commitment; the current Liberal government headed by P.M. Justin Trudeau offered this as part of his election campaign. It seems this promise is being honoured and Canadians across the country now have an opportunity to join in the discussion. Consulting with Canadians on accessibility is available online and in-person consultations will be taking place as well. Public consultation will be open until February 2017. Canadians are getting involved in the discussion at #Accessible Canada.

More information on this important topic can be found at: www.barrierfreecaanada.org.

At Disability Credit Canada, we help disabled Canadian’s apply for disability tax credit. Give us a call to get a free assessment!