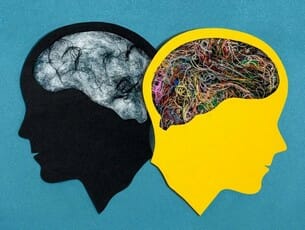 Bipolar disorder, which is categorized as manic-depressive, affects the physical function of the brain. Patients who are classified as bipolar exhibit erratic changes in behavior. Depression, lowered energy levels, and mood swings are just a few of the characteristics of the condition. Upwards of 10 percent of Canadians are said to experience some form of intense, prolonged depression at some point in their lives. To help, the Canadian government offers the Disability Tax Credit for Bipolar Disorder.

What Does Being Bipolar Mean?

Bipolar symptoms are usually associated with dramatic “highs and lows” involving mood. A patient can swing from normal, sometimes even happy behavior, to a state of full-on manic depression. Typically, symptoms of bipolar disorder can be observed in patients starting in their late teens and into their early twenties.
There are 3 basic categories of bipolar disorder. Some of these classifications overlap in some areas but are for the most part distinctive.

Bipolar disorder, like many behavioral and neurological diseases, does not have any one specific “reason” for occurring. Scientists currently believe that a variety of factors could play a role in the development of bipolar disorder. Genetics, severe and prolonged levels of stress, as well irregular synapses occurring within brain, are all believed to be factors.

Though there is no “cure” for being bipolar, treatment can keep the condition from escalating. Monitoring your mood levels with your doctor and taking prescribed medications can greatly aid in keeping the condition in check.

Disability Tax Credit for Bipolar Disorder and Other Support

There are a variety of treatments available for bipolar disorder. The most common form is medication. However, some forms of bipolar are medication-resistant and are sometimes treated with ECT (Electroconvulsive Therapy). This method has well-documented side effects and is generally on the decline. Additionally, in Canada, it is currently possible for those suffering from bipolar disorder to qualify for:

Bipolar disorder is one that is still being studied and understood by scientists and neurologists. There have been significant advances in neuroscience and our understanding of the brain. Psychopharmacology is a branch of medicine that already has played a large role in the treatment of bipolar disorder and will no doubt do so in the future.

Diagnosed with Bipolar Disorder? Call us today for a FREE consultation! We’ll help you every step of the way of your Disability Tax Credit for Bipolar Disorder application.