Fibromyalgia is a complex disorder which requires a multi-disciplinary response & financial help. Learn how the disability tax credit can help
FREE ASSESSMENT 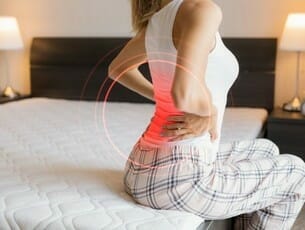 Fibromyalgia is a condition characterized by widespread pain and accompanied by a rash of secondary indicators. It is sometimes linked with certain psychiatric conditions like PTSD (Post Traumatic Stress Disorder) but may also be triggered by other causes such as surgery, genetics or infection. In general women are more likely to develop the disorder than men. For this, the Canadian government offers support through the Disability Tax Credit for Fibromyalgia.

Symptoms of Fibromyalgia Include:

The exact cause of the condition is not known although there are several well-regarded hypotheses as to its origin. Evidence suggests genetics may play a part and lifestyle choices are also suspected of either causing or exacerbating symptoms, with evidence suggesting obesity and smoking may be contributing factors. And, as mentioned earlier, there is also evidence to suggest a causal relationship with disorders like PTSD, Chronic Fatigue Syndrome (CFS) and perhaps depression as well.

Diagnosing fibromyalgia can be difficult due to the fact that patient test results will often appear normal. The fact that symptoms often mimic those associated with other conditions like rheumatoid arthritis, lupus and depression only complicates matters.

In an effort to bring clarity to the process of diagnosis the American College of Rheumatology in 1990 released a set of classification criteria that has since become known at the “ACR 1990”. These criteria define a person suffering from the disorder as manifesting:

While helpful in galvanizing acceptance of the condition in the US and Canada these criteria proved incomplete and there was some clinical resistance to the necessary tender point examinations. In their stead has arisen the tendency of many doctors to base their diagnosis primarily on how you feel. Though your physician may yet urge laboratory tests to be performed it is often so that he or she may rule out other conditions before making a diagnosis.

Disability Tax Credit for Fibromyalgia and Other Support

Treatment regimens have been developed over time that can significantly reduce symptoms and improve overall health. These treatments typically combine medication with physical therapy and techniques that will help the patient relax and handle stress more effectively.

Since a significant percentage of people who suffer from this malady also suffer from depression or other mood disorders, counseling is often indicated as a useful tool for helping patients maintain mental fortitude and emotional equilibrium.

Fibromyalgia is a complex disorder which requires a multi-disciplinary response. If you suspect you may be suffering from this debilitating condition speak to your health care provider. They can assist you in finding the help you need to get started on the road to recovery.

Call us for a FREE consultation today! We are here for every step of your Disability Tax Credit for Fibromyalgia application.