In Canada alone gout, or “gouty arthritis,” afflicts an estimated 1.5 million people. It is caused by the buildup of uric acid in the blood and can lead to painful episodes known as “attacks,” most commonly concentrated in the big toe. In some cases the attack may spread to the ankles, knees, elbows and wrists as well. It is predominantly a male affliction usually striking men between the age of 40 and 50. If left untreated it can lead to potentially serious long-term complications. 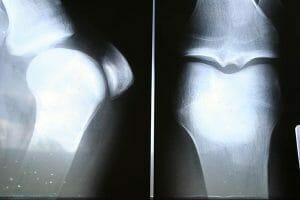 The cause of gout is well understood to be the buildup of uric acid in the blood. Normally a benign chemical, when uric acid reaches abnormal levels in the blood it can form crystals which collect in the joints at the body’s extremities. The hard crystals irritate the sensitive tissue of the joint causing inflammation and pain. Why uric acid accumulates to unhealthy levels in some people and not in others is not entirely clear but certain conditions and behaviours are known to contribute, such as:

The condition is typically diagnosed by examination of symptoms manifested during an attack. The doctor will do a physical exam and perhaps check the level of uric acid in the patient’s blood. If diagnosis is in doubt the doctor may choose to examine the fluid in the swollen joint and test it for crystals of uric acid.

A range of treatments exist to help the sufferer deal with the acute pain of an attack. These include:

Medications used to lower uric acid levels have proven effective in reducing the condition’s impact if taken over the long term. Declining to seek treatment for gout however, can lead to potentially serious long term complications including destruction of affected joints, hypertension, heart disease and kidney failure.