Sensory integration disorder, which is also known as sensory processing disorder or SPD, is a condition in which the brain is unable to properly take in information from the senses and create an appropriate response. It is most often seen in children, but adults have been known to suffer from it as well. It is not recognized as a stand-alone diagnosis, but is often lumped in with other conditions, such as autism, Down syndrome, mental retardation, and ADHD. This could be subject to change in the future as more studies are completed. Given its current standing, it is important for parents and physicians to understand SPD, its symptoms, and treatment.

Sensory processing disorder is one of the possible qualifying conditions for Disability Tax Credit.

What is Sensory Processing Disorder (SPD)? 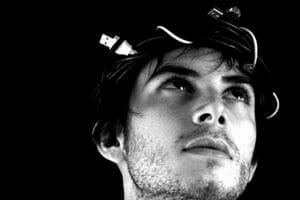 No direct cause for sensory processing disorder has been identified, although some studies have indicated there may be a genetic component. The symptoms, however, are well documented. Those with the condition are generally unusually over-sensitive to things in the world around them. They may flinch at a light touch or become overwhelmed by a common sound. General symptoms that may indicate SPD include:

Everyone can experience one or more of these symptoms every now and then, but in a person who may be experiencing SPD, the symptoms will be persistent and be consistent. If there are suspicions concerning symptoms, a physician knowledgeable in SPD diagnosis should be consulted for specific tests and checklists.

Sensory Processing Disorder has a long history of anecdotal evidence, but actual, significant research has not been easily obtained. Because of this, it has not been considered a separate condition, but has been included with other behavioral, neurological, and mental disorders. Some facts about SPD include:

Though it is not yet considered a separate condition in its own right, sensory processing disorder has a system of physicians and medical organizations that are available to help with information, support, and treatment for the families affected.

If you or your child is displaying sensory abnormalities that are enough to disrupt one or more areas of life functioning, you should see a specialist for a diagnosis and help, and be sure to look into your eligibility to receive assistance through Canada’s disability tax credit program. You can find our more information about child disability benefits here.