Home » How Can Autistic Individuals Bring Value To The Workforce

How Can Autistic Individuals Bring Value To The Workforce 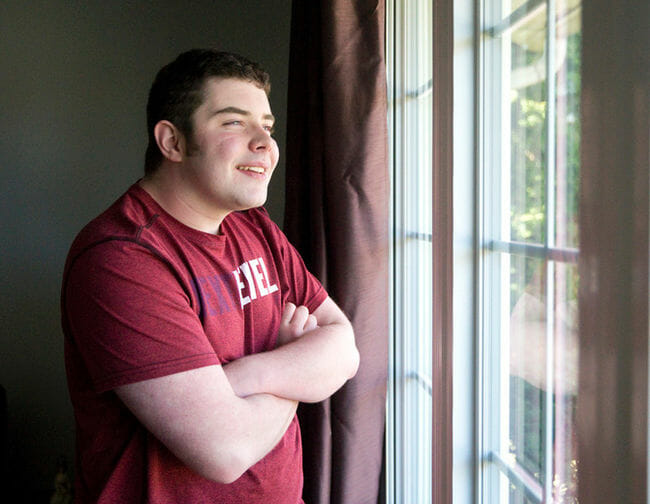 Understanding the autism spectrum disorder challenges in the workplace

For people living with autism spectrum disorder, getting a job comes with specific challenges. In Katherine Shadwick’s case, going through a job interview is more daunting than most. According to Katherine, a geological engineering graduate, who is on the autism spectrum, having trouble connecting with the subtext of what is being said, has hindered her ability to get a foot in the door.

After partnering with a professional services firm that helps connect people who are on the spectrum with employers and facilitates the interview process, Shadwick found a job as a software tester at Vancity credit union.

“They see if your personality is a good fit, and then they give you some pre-employment classes and additional testing, and then they match you with an employer,” Shadwick said.

“I never did an interview directly with Vancity.”

She’s speaking about her experience — and ways to improve the workplace and job market for people with different abilities — at a Spectrum Works job fair in Richmond, B.C., on Monday.

According to a 2012 Canadian Survey on Disability, adults with autism have the lowest employment rate in Canada at just 14% — compared to the general population at 93%.

Heather Linka, a neurodiversity employment consultant and employer coordinator with the job fair, works with people including Shadwick to break down employment barriers in the IT sector.

Adjustments in the hiring process and accommodations in the workplace can be put in place for what she calls “intentional autism hiring.”

“We recommend things like skill-testing questions or a more casual meet-and-greet environment rather than the [traditional] interview,” Linka said.

Linka also emphasized on the importance of clear communication in the workplace.

A new and improved way of assessing ASD individuals

Shawn Bolshin is also an individual on the spectrum. For the past two years, he’s been working for CIBC’s information security department in Toronto, where his uncanny knack for detecting hard-to-spot breaches in the bank’s online network has made him a rising star. But for all his abilities, CIBC wouldn’t have hired Bolshin if it weren’t for Specialisterne, a Danish company with a global mandate to help employers make the most of untapped autistic talent.

Specialisterne does that by recruiting people on the autism spectrum for companies in need of skilled workers. “Most of our recruits don’t like job interviews,” says Alan Kriss, who runs the company’s Toronto office. Specialisterne holds workshops where candidates are given a complex task such as building a robot and then testing it. How they manage the exercise, Kriss says, can reveal a lot.

Specialisterne’s goal is to brand and sell the autism advantage and help 25,000 autistic adults in Canada find jobs.
Momentum is building. So far, Specialisterne has helped nearly 100 people with autism in Canada find work over the past four years. The number may seem small, but Kriss says it’s huge given these people stood much more limited chances before.

The business case for connecting with untapped autistic talent sold John Sicard, CEO of Kinaxis, a software company based in Ottawa.

Five individuals with autism, including his 23-year-old son Nick, work at Kinaxis. His son, who is a software tester, inspired Sicard to partner with Specialisterne.
“One of those individuals graduated top of his class in computer science, couldn’t find work for years until he discovered us and he’s an absolute rock star working for Kinaxis,” says Sicard.
Sicard says if businesses don’t intentionally hire people with autism, it won’t happen. He says it’s no different than breaking down stigmas around race and gender.

Disability Credit Canada is glad to see Autistic individuals welcomed and making great impact in the workplace. We’re looking forward to seeing more exciting and inclusive news from our community and we are dedicated to offer the support in applying and getting Disability Tax Credit.