Home » Is miscarriage considered a disability?

Is miscarriage considered a disability? 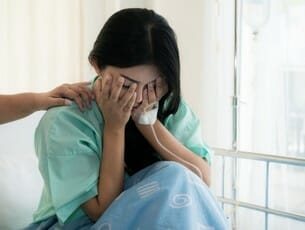 The province of Ontario usually has very strict rules when determining if you can be considered as disabled or not (Please read our guide on disability tax credit in Ontario).  One question that was up for debate for a really long period of time is whether a miscarriage in women considered as a disability? There are many who said ‘yes’ while a lot who thought otherwise. However, it seems like a decision has finally been made which will answer this much debated question.  The Human Rights Tribunal of Ontario has given an interim ruling which signals a significant shift in Ontario disability laws. Here is an excerpt from an article on CBC News by Jackie Sharkey which shines light on a recent lawsuit regarding Winnie Mou of Markham, Ontario, which led to this interim ruling.

Mou experienced a series of events in 2013, including a miscarriage and the death of her mother-in-law, which triggered severe and debilitating depression. In February 2014, she was fired from her job.

In the March 14 decision from tribunal adjudicator Jennifer Scott, Mou’s miscarriage was ruled a disability.

“I acknowledge that a miscarriage may be covered under the ground of sex or as an intersection of sex and disability. It also is not a common ailment, and it is certainly not transitory. It is clear from the applicant’s testimony that she continues to experience significant emotional distress from the miscarriage even today,” Scott wrote.

Mou’s complaint against her former employer will be allowed to continue through the hearing process, Scott said.

Her employer had filed a dismissal request, arguing she had not established a disability.

It’s time we include miscarriage as a disability:

As you can see, despite the employer filing for a dismissal request, it shows that the initial ruling is leading towards establishing a miscarriage as a disability. This could lead to many women who have experienced such a terrible incident to claim a disabled status. As we already know, being considered as a disabled in Canada can open many doors for you. Things such as disability tax credit are just one of the financial reliefs offered by the Government of Canada. Many are looking at this ruling as a precedent setting decision. Miscarriage is a terrible thing that happens more often than what we think. Take a look at this excerpt from the article :

Mou’s lawyer, Morgan Rowe, told CBC News the decision is precedent-setting, and has the potential to change how pregnancy loss is treated by Ontario disability law.

“It should make it easier for the next woman who comes along who feels like an employer has relied on her miscarriage to penalize her in some way,” Rowe said.

Rowe argues a disability should not be defined by the biomedical issue but rather how that medical issue affects one’s participation in society.

The Society of Obstetricians and Gynaecologists of Canada says miscarriages are common and occur in 15 to 20 per cent of pregnancies.

They happen most often during the first eight weeks and, in many cases, the reason is unknown.

As you can see, a miscarriage is actually something that is becoming more and more common. If a miscarriage is established as a disability, it can help women who have suffered from it get some financial as well as emotional relief. It will lead to companies not being able to use a miscarriage as an in-direct reason to fire someone. Therefore, companies must now start to realize that something like a miscarriage can have a very bad effect on a woman. They need to start becoming more understanding of the effects it can have on the mental health. The article suggest that when people around you start seeing your loss as valid and legitimate, they will be more open to supporting you. A ruling like this can open eyes for many people as they will become more understanding.

The ruling by the Human Rights Tribunal of Ontario is a great first step towards accepting a miscarriage as a disability. Right now, people are really unaware why a miscarriage is a big issue and how it can have an effect on the woman’s mental health.

At Disability Credit Canada, we pride ourselves in helping disabled Canadian’s claim disability tax credit. Do give us a call for a Free Assessment.