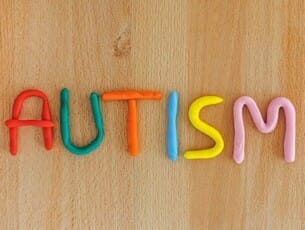 Many parents throughout Ontario have often struggled to acquire the services and support their children require when they are diagnosed as having Autism Spectrum Disorder. There are still many people who don’t understand what ASD is, and so parents and their kids struggle both to cope with the condition, and to educate those around them. But, recent changes to the services offered by the Government of Ontario may be providing some relief.

Autism Spectrum Disorder (ASD), commonly referred to as Autism, is a complex developmental brain disorder caused by a combination of genetic and environmental influences. ASD is characterized, in varying degrees, by communication difficulties, social and behavioural challenges, and repetitive behaviours and is considered to be a lifespan disorder. An estimated 1 in 68 diagnosed children is on the autism spectrum. With the May 2013 publication of the DSM-5 diagnostic manual, all autism disorders were merged into one umbrella diagnosis of ASD. Previously, they were recognized as distinct subtypes, including autistic disorder, childhood disintegrative disorder, pervasive developmental disorder-not otherwise specified (PDD-NOS) and Asperger syndrome.

NEW SERVICES AND SUPPORT ARE ON THE WAY

The fact is that many families rely heavily on government-funded services. When a family suspects their child may have ASD, there is a long journey ahead of them; basically, they must move from suspected diagnosis, to diagnosis, to consulting with various doctors/experts regarding treatment, who qualifies for therapy and who doesn’t, and a whole host of other crucial decisions. For years, these parents and their children have faced red tape in the planning of and acquiring the support they need. Here are some of the details of the new guidelines:

The long-awaited new Ontario autism program announced Thursday is aimed at fixing that frustrating process and making sure children and youth until age 18 get the help they need when they need it, said Michael Coteau, minister of children and youth services. “We are not defining services by the age of the child or youth, or by the severity of the child’s autism,” Coteau told a news conference unveiling details of the new program, which rolls out over the next year and includes an investment of $533 million over five years. Read more.

New program is excellent news for parents who have a child with ASD. Bruce McIntosh, president of the Ontario Autism Coalition was quoted as saying he was thrilled with the announcement. The program will be administered by the Ministry of Children and Youth Services. Previously, many kids who were deemed “too high-functioning” found themselves being denied essential government support. That is one of the key changes for this new program. Currently, there are approximately 40,000 kids and teens with ASD in Ontario, and 23,000 of them are still waiting for the necessary services and support. In addition to the reduction of waiting times, and support available for kids at all levels of the spectrum, there will also be an increase in the number of hours per week, they can receive support.

However, parents shouldn’t rush out and celebrate just yet. The program won’t roll out until 2018, and there is still no firm decision on how the government will deal with current waiting lists. This program is crucial because there has been great chaos in the community over this issue.

The new autism program follows 15 months of chaos for many families of children with the developmental disorder. In a surprise move in March 2016, the province announced a new $333-autism program that made children 5 and older no longer eligible for intensive treatment from the province. The controversial age cap, aimed at cutting wait times and providing treatment at younger ages, when it is most effective, backfired because it affected 3,500 children and left distressed parents suddenly without the help they had been promised. Read more.

The campaign was called #autismdoesntendat5 by the Ontario Autism Coalition which spearheaded the protest. It’s clear the protest worked because now treatment and services will be determined by clinicians and not program guidelines. This is definitely a hopeful sign for children with ASD in Ontario, and provides them with a new way forward.