Home » The Heritability of Autism Spectrum Disorder in Twins

The Heritability of Autism Spectrum Disorder in Twins 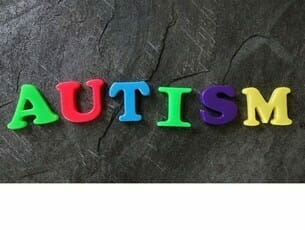 Investigation into factors that affect the onset and development of autism spectrum disorder are ongoing. The sheer number of autistic traits that suffers demonstrate, however, makes this process very difficult and to date there have been a great number of both genetic and environmental factors that have been linked to this illness. However, until recently, these studies had only been carried out using individuals as test samples and many medical professionals are of the opinion that this limits the level of understanding about autism that we are able to achieve and also makes it likely that the more subtle cases of autism may be missed, and that the findings of such studies may not a good representation of the wider population.

In order to try and address this, a study was recently conducted in the UK that used samples of twins, as opposed to individuals. Leading the study was Beata Tick (M.Sc.) of Kings College London and the findings of this study were published by JAMA Psychiatry, which you can access here: http://archpsyc.jamanetwork.com/article.aspx?articleid=2173394.

The study investigated both genetic and environmental factors that could potentially increase the likelihood of a person suffering from autism spectrum disorder. You can read about it in more depth below.

Importance  Most evidence to date highlights the importance of genetic influences on the liability to autism and related traits. However, most of these findings are derived from clinically ascertained samples, possibly missing individuals with subtler manifestations, and obtained estimates may not be representative of the population.

Objectives  To establish the relative contributions of genetic and environmental factors in liability to autism spectrum disorder (ASD) and a broader autism phenotype in a large population-based twin sample and to ascertain the genetic/environmental relationship between dimensional trait measures and categorical diagnostic constructs of ASD.

While this study by no means reveals a cure or a definite way to prevent autism spectrum disorder, it does shed some light on how significant a role genetics play in the development of this condition, with ASD measurements among identical twins considerably higher than for fraternal twins.

This study is the first step to building more of a complete picture of the causes of autism, covering a wider demographic so that the more subtle manifestations are not overlooked.

Disability Credit Canada has been actively assisting autism suffers over the last few years, helping them to get the financial assistance they require to enjoy a better quality of life. The Canadian Government offers a number of programs that provide financial aid to those that incur additional expenses as a result of having a disability or as a result of caring for someone with a disability. In order to receive the amount that you truly deserve though, there are numerous pieces of paperwork that must be completed carefully and submitted on time to the relevant organisations.

The experts at Disability Credit Canada can help you do this. We’ve been through the process thousands of times before, meaning we know how to get you the best possible outcome.