Our mission is to help disabled Canadians qualify for Disability Tax Credit & CPP Disability Benefits and then maximize their tax refunds & credits. In this endeavor, we have worked with thousands of Disabled Canadians and we recognize the difficulties they face in their everyday life.

In 2014, the World Health Organization reported 422 million people are suffering from diabetes. With over a million people dying from the disease in 2016. The WHO now considers the condition to be an epidemic and has declared Nov. 14 World Diabetes Day and the entire month of November Diabetes Month in an effort to inform the public at large about the disease, its causes, and the diabetes treatments that are currently and will be available in the future.

While in general, diabetes can partially be treated by lifestyle and diet changes, in the more intense cases, these interventions aren’t enough. This is why medical professionals and organizations around the world have been working to improve diabetes treatments both in effectiveness and accessibility. Here are just 5 of the biggest improvements over recent years.

In commemoration of World Diabetes Day, the United Nations announced that they are planning on beginning a pre-qualification program for insulin manufacturers. This program, previously proven effective with critical medicines for the treatment of malaria, tuberculosis and HIV, aims to lower the cost of insulin and provide the market with more generic options for the treatment. This will be done through the World Health Organization screening the insulin produced by manufacturers to assess their safety and efficacy. 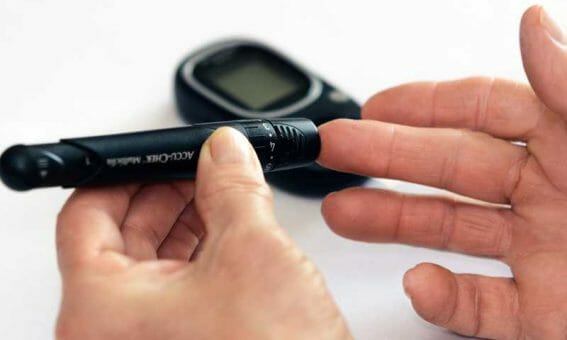 A successful program of this kind will spell great news for sufferers of diabetes who rely on regular insulin injections as they will have much more ready access to treatment due to lowering costs. This is also good for government programs like Canada’s various provincial insulin pump programs as easier to access, cheaper insulin means that these programs will be able to properly provide diabetes treatment to more people.

The typical way that diabetics keep track of their blood sugar these days is through pricking their finger and drawing blood to use for a checker. This method can be painful and inconvenient. It’s also a concern for people who are averse to needles. This is why researchers of various companies have been in the process of developing non-invasive solutions for years now.

In 2013, the GlucoTrack was unveiled, providing an innovative and non-invasive way of monitoring blood glucose levels. The device uses ultrasonic, thermal and electromagnetic sensors clipped to the earlobe to provide the user with trackable data. Since then, the technology has only advanced further, getting smaller and easier to use.

In recent years, there is research going into eye-based glucose monitoring devices as well. NovioSense is in the process of developing a device that can track glucose levels through a person’s tears. It involves a small device inserted under a person’s eyelid. The company has shown that this method provides just as much accuracy as current methods of continuous glucose monitoring and clinical tests have shown their efficacy and ease of use, with patients reporting little to no discomfort.

Another path that researchers have taken in developing new methods is by using a new technology. Graphene-based sensors are being explored by a team in the UK. These researchers have designed a patch that takes over the function of a pricking device. It uses minute amounts of electricity to draw out the fluid between blood vessels through hair follicles and test it for glucose levels similar to the way current blood pricking methods do. The prototype is able to provide an accurate reading in 15 minutes, and they are hoping to further develop this technology to provide constant monitoring throughout the day.

Diabetes treatment is usually continuous. Whether a patient requires regular injections or needs to take medications to assist in the maintenance of their blood glucose levels; sometimes both at once. As such, pharmaceutical companies are hard at work developing new drugs that are more efficient at keeping blood sugar levels in check.

Novo Nordisk recently gained FDA approval for a new drug that has proven to be more effective than what’s currently on the market. The new medication is an oral form of the company’s previous injectable semaglutide. Trials had shown that it was effective at reducing the number of injections down to only one a week.

Poxel, a French pharmaceutical company meanwhile has been having great success with clinical trials in Japan with one of their leading drug candidates imeglimin. This revolutionary new drug aims to help maintain blood glucose levels by protecting the mitochondria itself. The mitochondria is an important part of the metabolic process by providing energy to the cells. Through this way, the drug helps treat metabolic diseases like diabetes.

Insulin Producing Implants and Immunotherapy Methods are Being Developed

The Diabetes Research Institute is in the process of developing an implanted mini-organ of sorts that is able to naturally produce insulin for the body. In 2016, they announced that one of the pilot patients from their program has reported that they no longer needed insulin treatments. Another company, Viacyte has developed and found success in continuing clinical clinical trials for something similar. A retrievable, implanted device with cells that can develop to produce insulin.

Other researchers are also developing new immunotherapy methods. A Belgian company, Imcyse, is in the process of clinical trials to create a treatment that destroys the immune cells that attack insulin producing cells in Type 1 Diabetes patients. A French pharmaceutical company, Neovacs, is also looking into other vaccines meant for autoimmune diseases like Lupus and adapting them to develop a potential vaccine for Type 1 Diabetes.

For diabetes sufferers who no longer are able to naturally produce insulin, such as those who have been dealing with Type 1 diabetes for years, treatments can significantly affect their lifestyle. This is why for some researchers, the concept of an artificial pancreas is worth pursuing.

A properly automated artificial pancreas will be able to keep track of a patient’s blood glucose levels throughout the day, check if it gets too low, and provide an appropriate amount of insulin automatically.

Researched looking into the viability of this technology believe that we can reach an artificial pancreas within a decade, citing a number of major hurdles that need to be overcome. With research going into getting over these critical issues.

Faster, more effective insulin that can quickly be absorbed by the body alongside a person’s meals is being developed. Allowing for balanced absorption between the two. Researchers are also seeking to use other hormones like amylin, which Type 1 diabetes sufferers lack. This hormone slows down meal absorption and if used alongside a more easily absorbed version of insulin, can come to a better approximation of a healthy person’s pancreas.

The hope is that with advancements in medication as well as more powerful algorithms running the scheduling for treatment throughout the day, an artificial pancreas will be able to perform the same functions as a healthy individual’s pancreas.

Hope for the Future

People currently suffering from Diabetes have a lot to look forward to in the coming years in terms of diabetes treatments. These advancements can help people out tremendously, reducing the time they spend tracking their blood glucose levels, the pain of constant insulin treatments, and even the possibility of early detection and prevention for Type 1 diabetes. Patients will be able to ease their minds because their treatments are easier to follow and become less frequent, giving them back time to pursue their ambitions and spend more time with their loved ones.