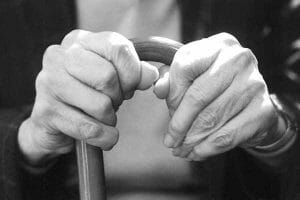 Nearly 100,000 Canadians suffer from Parkinson’s disease, which is a progressive neurodegenerative condition that can rob a person of the ability to lead a normal, productive life. As it tends to appear later in life, 85 percent of those in Canada diagnosed with the disease are over 65, it is vital that individuals and their families understand Parkinson’s and its treatment.

What is Parkinson’s Disease?

Parkinson’s disease is the result of the death of cells in the brain that provide dopamine, a chemical that promotes communication between brain cells. This impairs controlled, voluntary muscle movement and often results in uncontrollable tremors, rigidity, impaired balance, and slowed movements. As the disease progresses, it can cause lost productivity and premature death.

There is no known cure for Parkinson’s disease, although there have been some positive movements in the research community. Meanwhile, Parkinson’s sufferers can live for years with the condition, but will continue to experience the symptoms, which include:

The symptoms of Parkinson’s disease change throughout the course of the condition and will worsen over time. There are no specific tests or x-rays that will definitively diagnose Parkinson’s disease, and it may take years to diagnose because the symptoms manifest themselves gradually. A family doctor may notice them first and send the patient to a neurologist for further testing before a final diagnosis can be made.

Parkinson’s disease is considered by most to be a disease affecting mostly seniors, with onset averaging at around age 60. However, nearly 10 percent of the diagnoses of Parkinson’s occur in people under the age of 40, and 20 percent are under age 50. While many of the symptoms will be the same, regardless of the age of onset, there are some differences with younger sufferers:

Assistance and Treatment for Parkinson’s Disease

Parkinson’s disease can be controlled through the use of medication, which needs to be adjusted as the disease progresses. Physical exercise and professional therapy can also help assuage some of the worst effects on daily activities. In addition to healthcare professionals, there are organizations and programs available that can educate and support patients and their caregivers.

While Parkinson’s disease is a debilitating, progressive condition, there are a number of treatments that can relieve many symptoms that get in the way of living life. If you have any suspicions, seek help early and investigate your options for a disability tax credit.