Home » The challenges and successes of media representation of Disability

The challenges and successes of media representation of Disability 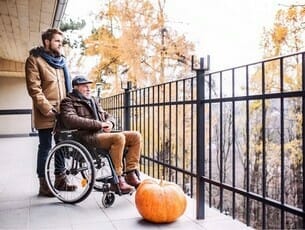 Disability Credit Canada’s mission is to help disabled Canadians qualify for Disability Tax Credit & CPP Disability Benefits and then maximize their tax refunds & credits. We’ve worked with thousands of Canadians suffering from mental and physical disabilities and we understand how impactful your condition can be on you and your family.

Media representations of disability have been fought with challenges and successes. For years, we were the token cripple, the person to be pitied, or a deformed person to be fearful of, or even a secondary character who was somehow to be viewed as comic relief. In more recent times, there have been the ‘brave’ portrayals, and ultimately even more ‘realistic’ ones in films such as, My Left Foot, Mask, Coming Home, The Bone Collector, and Children of a Lesser God, and Away From Her. On t.v. there have been strides made with characters in E.R., House, Breaking Bad, the United States of Tara and many more. An excellent list can be found here.

The challenge to media representations of disability is the tendency to sink into old and worn stereotypes. These familiar character arcs include people who whine and want to die, people who are heroic and overly courageous, people who need the “able-bodied friend” to teach them life isn’t over, people who cure themselves through sheer force of will, and people filled with murderous rage and hate because of their disability, people who become superhuman or superheroes and other classic simplistic views of persons with disabilities.

In the long run, however, what does it matter whether people with disabilities are portrayed with absolute accuracy in films and television? According to reports published by the CBC @CBC, Canadians with disabilities have far more challenging issues to address: low levels of unemployment, continued lack of accessibility and inclusion, high rates of poverty, wages gaps and education gaps. Truthfully, media representations of disability matter and it matters a great deal. To a large degree, media representations offer us an opportunity to see ourselves reflected in the zeitgeist of the times. For years, there were no people of color on television, and Native Americans were depicted in horribly inaccurate roles such as the enduring “Tonto”. These distortions infiltrate society and create misperceptions and reinforce negative stereotypes.

“The characters with disabilities we do see on TV are typically white males. In addition to the lack of racial and gender diversity, many disabled characters are fuelled by stereotypes of “overcoming” their disability or being inspirational to others. While there is nothing wrong with a character being an inspiration to others, it should not be the only purpose that they serve in the narrative.”

The Disability Rights Education & Defense Fund is a US-based organization with the following mandate: advancing access to technology, securing the rights of children with disabilities access to education, improving access to healthcare and social services, and improving access to the built environment and transportation. They note that the stereotypes and fears people have of persons with disabilities have become deeply embedded in our culture. The images we see in the media influence our ways of thinking and our behaviour. We can acknowledge the fact that the Disability Rights Movement has made real strides since the 1960s when it first became fully active. However, we must also acknowledge the reality of how far we have yet to go.

Media representations of disability continue to be one of the most problematic issues with respect to the development of film and television projects.

“The under-representation of disabled people in the media or the misleading portrayal of disabled people has far-reaching consequences on the disability community, not least when they are portrayed as a “Superhero” or “tragic Villain”… The depictions of disability as a sin, evil and tragic have widely been disseminated throughout society by religious teachings and beliefs. This along with the historical focus on impairment and physical deformities, have contributed to the way media portray disabled people.”

Media representations of disability have traditionally been about a rather simplistic portrayal of the individual, rather than a complex, multi-layered character creation. This has resulted in unrealistic character arcs and storylines which are, at their best often ridiculous, and at their worst, truly insulting. Oftentimes, disability is played for laughs, which is of course, only prejudicial humor and the lowest denominator of character development. For example, movies such as Dumb and Dumber portray two brothers who are obviously meant to be Siamese Twins, but they are merely two foolish men who simply act in a ridiculous and immature manner. Movies such as these are meant to be the humorous side of disability, but the result is an unintelligent parody with disgraceful representations of disability.

Recently, however, there have been hopeful signs, such as the inclusion of models with disabilities in the famous event known as “fashion week” in New York City. Jillian Mercado is a model and designer who also happens to have muscular dystrophy. Jillian challenges the norms of beauty and grace as she is also a wheelchair user. In 2015, in New York fashion week, for the first time a model who is also an amputee was one of the models. Actress and activist Marlee Matlin became the first actress from the Deaf Culture to win the Academy Award for her performance in Children of a Lesser God. Marlee’s success has been important because she’s also been a highly visible actress on television and will soon make her Broadway debut. While these successes should be heralded and appreciated, they are few and far between. Far too many performers with disabilities find it difficult to break through to the mainstream.

In the long run, women and men who create videos, film, television, commercials, print, and multimedia advertising bear a responsibility to take people with disabilities seriously as integral members of the human mosaic. Although in some cases, our bodies may appear different, we might use adaptive technology or assistive devices, our stories are everyone’s stories. People with disabilities need to be integrated into the universe of storytelling in all mediums. But, these need to be realistic portrayals, and the only way that will occur is if the storytellers themselves take the time to learn.

At Disability Credit Canada, we take pride in helping disabled Canadians claim disability tax credit. Give us a call to get a free assessment!