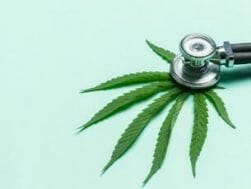 Medical marijuana patient registrations keep climbing, but under the new Access to Cannabis for Medical Purposes Regulations (ACMPR), the plant-based medicine remains all too inaccessible. There are compounding reasons for patient’s difficulty accessing the medicinal herb. Despite the increasing number of patient registrations, Canadian have to navigate the stigma of therapeutically using what had previously only been considered a recreational drug. Add that to doctors’ lack of education around prescribing cannabis (something licensed cannabis producers are trying to change) and you run into difficulty for patient to legally access what is sometimes the best and the most natural medicine for them. Getting a license isn’t the only problem in accessing the medication. There is a big lack of insurance coverage and affordability for most medicinal marijuana users. Medicinal cannabis can be expensive, especially when a prescription can be several grams a day. While some of the licensed producers (such as Aphria and Bedrocan) offer compassionate pricing to reduce the cost per gram, many Canadians still can’t afford their medicine.

Cannabis is a versatile plant used for several medical purposes and in several forms. There are many reasons why patients might choose it over conventional medication, and in some cases, it is the only medicine that works. So it is no surprise so many Canadians are having a hard time making ends meet, especially since people with disabilities are already more likely to face poverty.

So what conditions are typically treated with medical marijuana?

What’s in marijuana and how does it help?

Part of the reason there are so many conditions treated with this medicine is because there are numerous active compounds in marijuana that each have their own range of effects. The ratios between these chemical compounds also vary between species (cannabis sativa and cannabis indica), strains and sometimes even plant to plant.

Firstly, there is THC. It the chemical that is responsible for the subjective “high” associated with the recreational use of the plant. It relieves nausea and vomiting, quells anxiety, aids sleep and stimulates appetite, among its many other effects.

Secondly, there is CBD, the second most-known chemical in cannabis. It does not have the psychoactive effects of THC and is used widely to relieve pain. It can also reduce seizures, have a tranquilizing effect and inhibit tumor growth, among others.

There also other cannabinoids, like CBN, CBC, CBG and more, present in lower quantities in the plants.

These combinations of compounds make it difficult for marijuana to get a Drug Identification Number (DIN), the number used it distinguish prescription drugs from one another. DINs are also used by insurance plans to determine coverage. Without a DIN (or perhaps a new system for plant-based medications), cannabis users will continue to lack the insurance to afford their meds.

What can help you afford the high cost of medical marijuana in Canada?

Thankfully, there is some help available when it comes to affording this herbal medication.

Marijuana plants and seeds bought from licensed producers are tax-deductible. If you are a veteran, Veterans Affairs Canada may be able cover up to the full cost of your marijuana (for up to 10 grams per day).

There are some other costs that aren’t covered by the government or insurance plans, such as vaporizing devices, herb grinders and other accessories. Vaporizers to safety inhale the healing compounds without breathing in smoke can be quite expensive, running into the hundreds. On the other hand, the costly devices are safer for your lungs than inhaling smoke every day, so it is often just another burden medical marijuana users have to bear.

Upcoming recreational legalization could in time also lead to over-the-counter cannabis supplements like CBD capsules and CBD oils, but supplements are not tax deductible or covered by insurance plans.

There may be a day when more more marijuana costs are covered. Ever since the Supreme Court ruled that patients should not be restricted to only dried buds to smoke, Health Canada began allowing the sale of cannabis oil extracts. Experts predict that this will eventually lead to insurance plans covering oil gel caps of THC and CBD, since these will make it easier to ensure precise dosing. Other forms that are safer than smoking may also lead to coverage. These might include waxes, sprays, tinctures, fresh leaves. One company, Aurora Cannabis, even patented a cannabis inhaler that gives users a pressurized, metered doses of the drug, which is something insurance companies want to see when evaluating whether they should offer coverage.

Until then, the best tool for accessing the sometimes cost-prohibitive medication might be the disability tax credit, should you use medical marijuana to manage an eligible disability covered under the tax credit. The disability tax credit is a welcome piece of governmental relief that has made a huge difference in the lives of the disabled and their families across the country. Sadly, as many as half of eligible Canadians are not taking advantage of the program, mostly due to the complicated application and approval process.

If you’ve been thinking of using medical marijuana to treat your disability, but have been put off by the costs, take a look at the disability tax credit eligibility criteria on our site to find out if you’ll be be able to get the tax credit, which you can then use to pay for your prescription.

Better yet, give us a call at 1-844-800-6020 to get a free assessment and start your disability tax credit application. Together, we help you afford the costly medicine you need and access a lifetime of good health and economic peace.